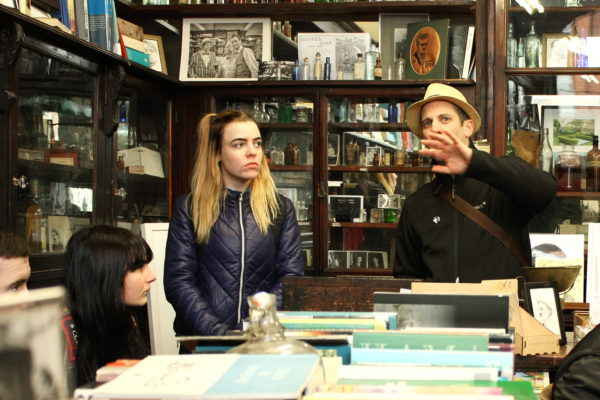 NOTE: Due to COVID-19 restrictions, these dates are subject to change. Please see here.

In many ways U2 put Dublin on the map. Bono and the boys were always proud to be from Dublin and they always made the city central to their music and image. Since U2 burst onto the scene in 1978 Dublin has gone through a lot of changes. This walking tour takes you to some of the locations around the city that were important landmarks for the band, while exploring the socio-economic changes that Ireland and Dublin went through during the course of their 40 year career. You will visit where U2 were first discovered by their manager, where they shot some of their iconic videos, and the location of the famous Windmill Studios where many of their early classic albums were recorded. All the while you can sing along or just listen in as David Halpin performs some of their greatest hits and lesser-known gems. A must for big fans!

There are no reviews yet.

This website uses cookies to improve your experience while you navigate through the website. Out of these cookies, the cookies that are categorized as necessary are stored on your browser as they are essential for the working of basic functionalities of the website. We also use third-party cookies that help us analyze and understand how you use this website. These cookies will be stored in your browser only with your consent. You also have the option to opt-out of these cookies. But opting out of some of these cookies may have an effect on your browsing experience.
Necessary Always Enabled
Necessary cookies are absolutely essential for the website to function properly. This category only includes cookies that ensures basic functionalities and security features of the website. These cookies do not store any personal information.
Non-necessary
Any cookies that may not be particularly necessary for the website to function and is used specifically to collect user personal data via analytics, ads, other embedded contents are termed as non-necessary cookies. It is mandatory to procure user consent prior to running these cookies on your website.
SAVE & ACCEPT